Comcast recently announced that they’re bringing gigabit speeds to Holland. After some construction this summer we’ve been expecting them to make a move in response to Holland BPW’s offering.

On the surface, it looks good, but as Gizmodo reported a year ago, it “Isn’t the Internet of the Future You’ve Been Waiting For.”

They offer 1 Gbps down, same as BPW, but merely ~40 Mbps up. If you’re trying a big upload, you’re not going to feel any speedup. BPW’s offering is a full 1 Gbps up too.

One of our supporters in Holland signed up, and reported this initial speed test: 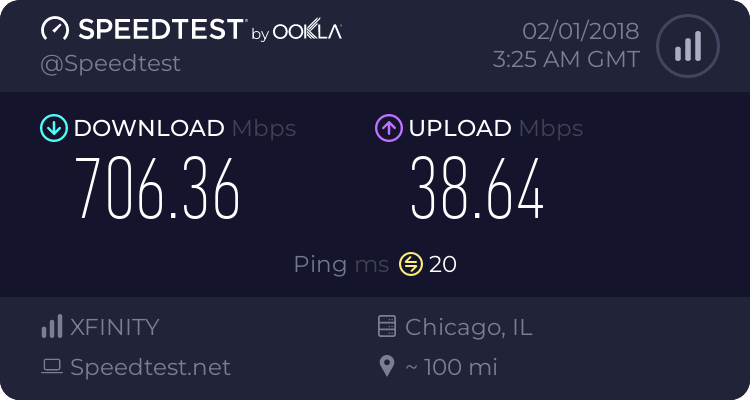 This is certainly much better than anything Comcast (or anyone else) has offered in Holland. But it comes at at cost: $139.99/month (may be slightly cheaper in a bundle). Then don’t forget data caps. Comcast currently only lets you download 1 TB/month, before their data cap kicks in ($10 per 50 GB with a monthly max of $200).

BPW still wins on having a superior product, lower pricing ($85/month) and no data caps.

There’s no doubt in my mind that Comcast moved to release this faster in Holland because of pressure from BPW. That’s great, because BPW isn’t city-wide yet. If you want faster speeds today, this is a good option. We’ll keep pushing to get better, cheaper service all over town.

Have questions? Want to help? Email us: [email protected] and talk about #HollandFiber.